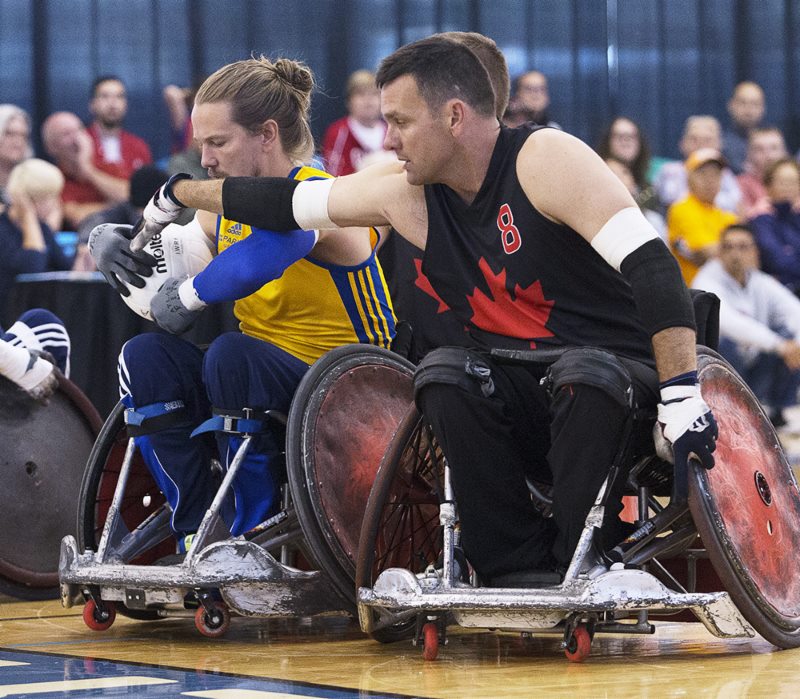 A disappointing week for Canada ended with a 56-53 loss against the United States on Sunday at the 2016 Canada Cup international wheelchair rugby tournament.

The loss left Canada in fourth place with a 3-3 record. It’s the first time the top-ranked Canadians have failed to win a medal in the 12-year history of the Canada Cup tournament.

Canada struggled to maintain intensity against the aggressive Americans. The Canadians were quickly down by two and finished the half trailing 31-27.