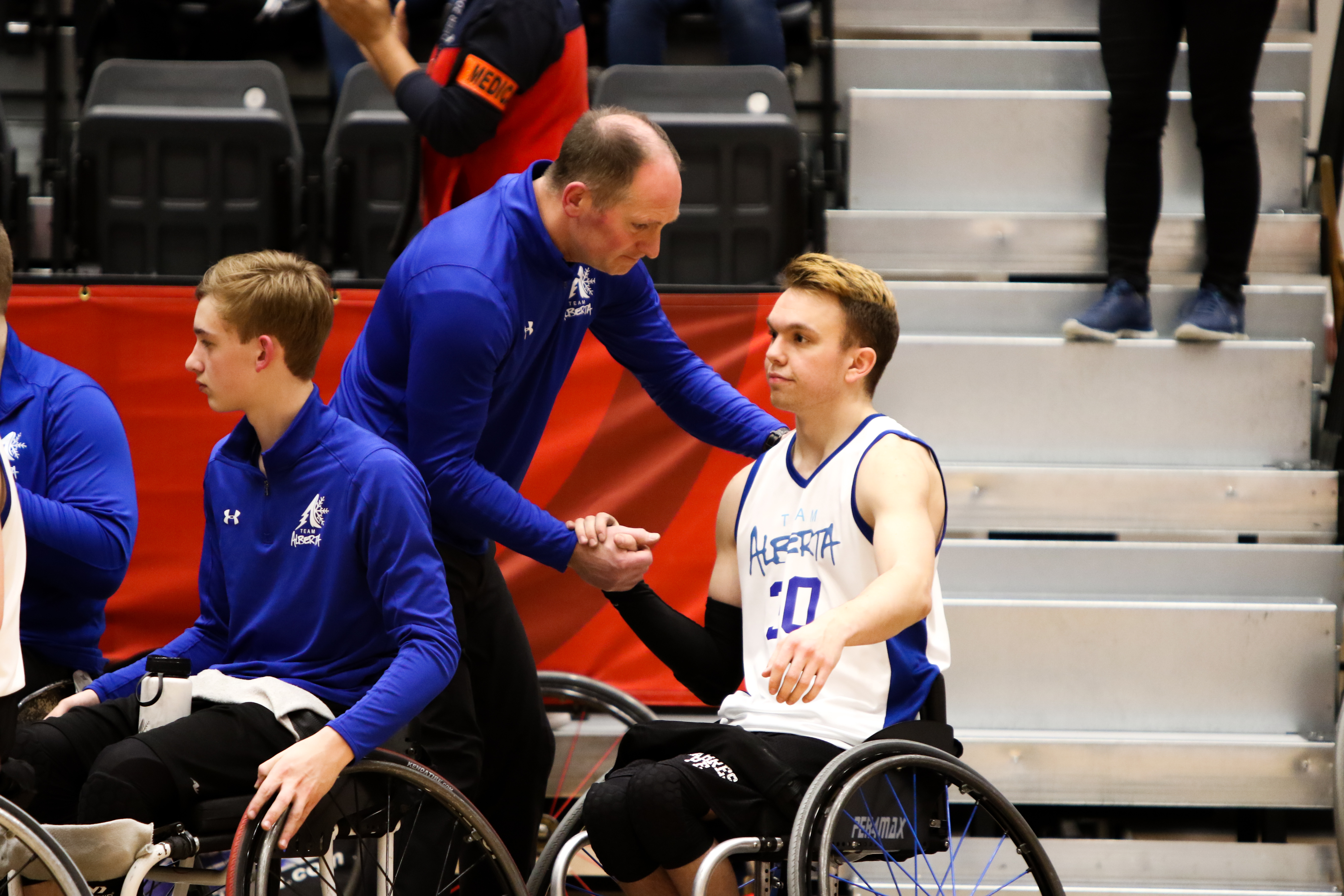 Wheelchair Sports Alberta’s vision is to achieve excellence through parasport and our coaches are a key part of our success. If it wasn’t for our amazing coaches we wouldn’t be able to achieve all that we have.

One of our most recent achievements was winning Gold at the 2019 Canada Winter Games in wheelchair basketball. Part of that success was thanks to Head Coach Darrell Nordell. Read below to learn more about Darrell and his coaching history!

Darrell Nordell is a certified NCCP Level III coach and  has been coaching wheelchair basketball since 1994.  Darrell has coached at all levels including Club, Provincial and has been a member of Canada National Wheelchair Basketball Team since 2004.  His first Canada Winter Game Experience was 1988 Corner Brook, Newfoundland where Alberta won a Bronze Medal.

Darrell followed up his Canada Winter Game experiences with another Bronze in 2015 and Gold at the 2019 Winter Games in his home province of Red Deer, Alberta.  Darrell first started coaching with the Men’s National Team and was part of the coaching staff for the 2008, 2012 and 2016 Paralympics.  Darrell has also coached in the legendary National Wheelchair Basketball Association and led the club Alberta Northern Lights to two consecutive National Championships in 2005 and a year later again in 2006.  Darrell currently is the Canada U23 Head Coach, a position he has held since 2016.

What does coaching wheelchair basketball mean to you?

I started coaching wheelchair basketball as at the time there were not alot of coaches out there and I was really intrigued on how the wheelchair worked in relation to playing the sport of basketball.  I really fell for the sport right away and played and coached for 7 years so I could fully understand how the wheelchair moves and all the technical skills one needs to push a chair and play basketball at the same time.  Coaching athletes and Juniors for the past 2 Canada Winter Games cycles has been some of my best years in coaching.  Seeing the improvement of the athletes skills, seeing some athletes who have gone on to play on our National Team program and seeing how all the Alberta athletes get along makes me so proud to be an Albertan and coaching for Wheelchair Sports Alberta.

What has been your favourite Team AB moment?

After the Canada Winter Games 2015 and getting so close to the Gold Medal game I knew we were losing some real good athletes who age out but also had a strong group returning.  With the addition of a few more athletes, 4 more years of training and in playing in Red Deer, Alberta our time was then to win GOLD.  Nothing better as a head coach then winning the 2019 Canada Winter Games.

What’s a Fun Fact about you?

I never really played basketball growing up.  I played in Jr High but not again till I started playing and coaching wheelchair basketball.  I also still do not watch a lot of stand up basketball although I like it nothing is better than wheelchair basketball.  Such a hard sport to learn and athletes who excel at it have truly dedicated their lives to being the best they can be.  I admire these athletes so much.