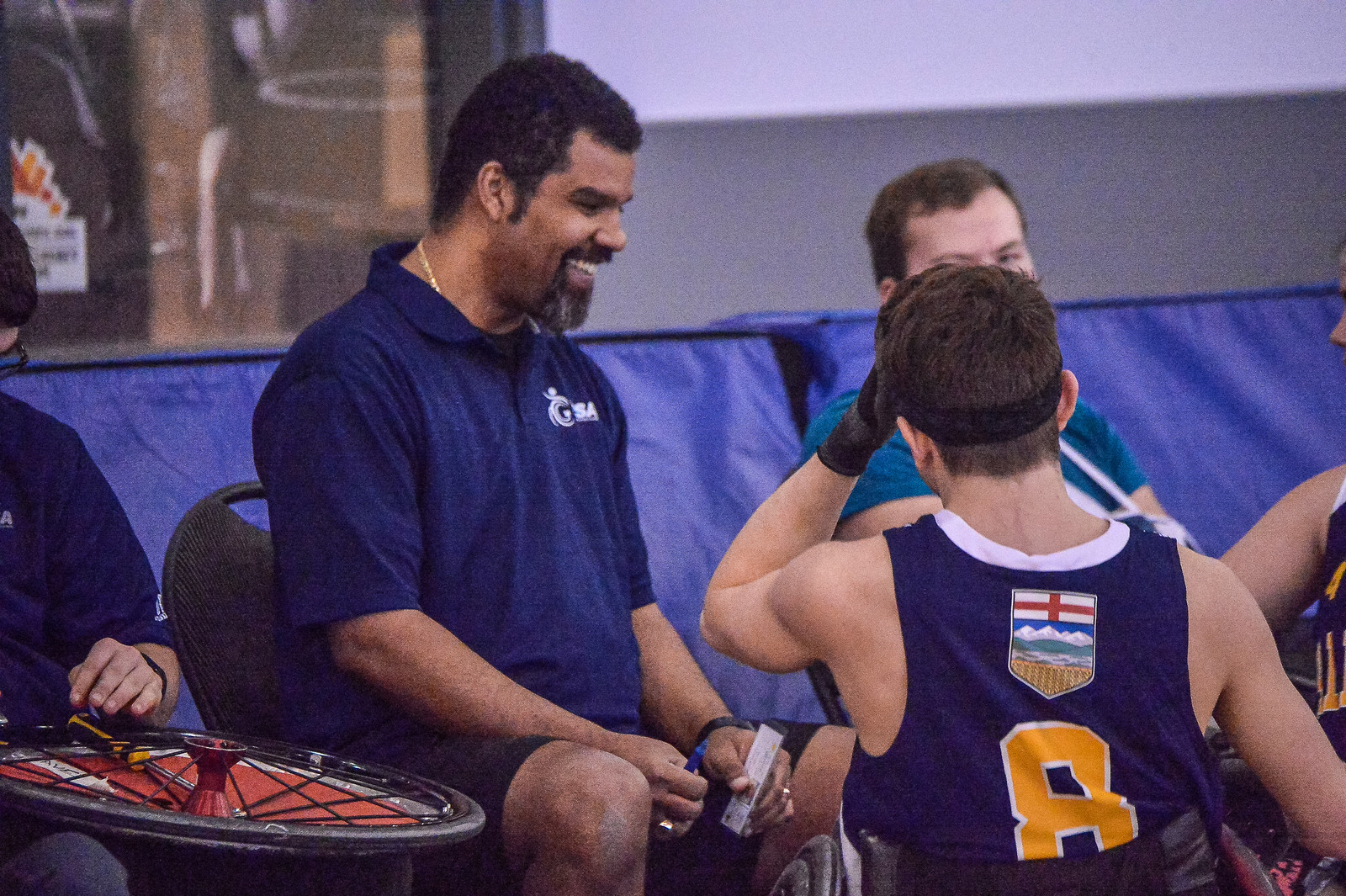 Our programs wouldn’t be possible if it wasn’t for our amazing coaches! We’re continuing to highlight our Team AB coaches, and this week we talked to Bruce Crosby Jr. head coach of our wheelchair rugby team.

I have almost completed my COMPDEV level coaching. I have been involved with wheelchair rugby since 1994 as a nationally certified referee in Ontario. I moved to Alberta in 2000 and started coaching wheelchair rugby in 2002. I have coached club-level and provincial-level rugby. My first national championship was in Winnipeg, Manitoba where we won our first ever game.

Tell us about your coaching experience.

I began coaching in Alberta at the same time rugby was starting out in our province. The Edmonton Steel Wheels was the only team here and they made up the majority of Team Alberta. The next year we won our first division 2 national championship and two Alberta athletes were selected to the Canadian National team. Years later we have had a lot of success. A team started up in Calgary and players from all over the province are getting in involved.

What is your favourite Team Alberta moment?

My favourite team Alberta moment is winning our first Division 1 national title specifically that last-second goal scored with a few seconds remaining. We were so close the previous year losing a close one to a more experienced Ontario team. The hard work and commitment put in from the athletes and coaches heading into that tournament paid off and it left everyone in the rugby community excited to see our province finally reach the top.

Fun fact about me…I love sports but my athletes have banned me from ever jumping in a rugby chair again because I am so bad. I love this sport! I am proud to see how much we have grown since I first took up the coaching position.